According to JPMorgan (JPM), if tensions with Ukraine hamper Russia’s crude shipments, oil prices might surge above $120 per barrel. The prognosis emphasizes how a future invasion of Ukraine would have far-reaching consequences for inflation-weary consumers worldwide.

“Any disruptions to oil flows from Russia in a context of low spare capacity in other regions could easily send oil prices to $120,” JPM‘s global commodities strategy director Natasha Kaneva said in a study released late Tuesday. Such a jump from around $91 today would raise gas prices, which already reached a new seven-year high on Wednesday. According to JPM, if Russian oil shipments are reduced in half, Brent oil prices would certainly rise to $150 per barrel. Oil prices reached an all-time high in July 2008, as Brent hit a new high of $147.50 per barrel.

What does this mean for investors and the future of oil? 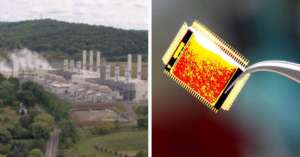 The Truth Behind the Global Chip Shortage- do not use.

GM and Toyota factories are shutting down… Mass shortages of electronics… Medical device production nearly halted… But what you probably don’t yet realize–what few so far have figured out… Is what’s really causing it. [Full Story Here…]

Due to tensions between Russia and Ukraine, oil prices have risen in recent weeks. Brent crude touched a new seven-year high of $94 per barrel on Monday. However, it has since fallen to roughly $91.

Russia is the world’s second-largest oil and natural gas producer, trailing only the United States in both categories. The country is a prominent player in OPEC (Organization of the Petroleum Exporting Countries), the producer group that has just recently begun to reintroduce output that was halted when the pandemic started. The oil market faces many dangers as a result of the Russia-Ukraine dispute.

For starters, such a confrontation might jeopardize the region’s energy infrastructure. Second, Western nations may aim to penalize Russia by implementing sanctions that impair the country’s energy exports. Still, US officials have indicated that they would prefer to target other areas of the economy first.  Then there’s the possibility that Russian President Vladimir Putin would react by weaponizing oil and natural gas exports. As companies and power plants switch to oil instead of natural gas, higher natural gas costs in Europe will drive increased oil demand.

The price of gasoline is at a seven-year high. Oil prices have dipped recently, owing to prospects of lessening Russia-Ukraine tensions and hints of movement toward a new Iranian nuclear deal. Gas prices, which follow oil prices, are still catching up with the recent oil price spike.

According to AAA, the national average for petrol touched $3.47 a gallon on Wednesday, up by seven cents in only one week. Despite the deadlock between Russia and Ukraine, the Energy Department’s forecasting arm predicts that energy prices will fall later this year when supply finally meets demand.

One little-known coin has the potential to be the most lucrative that America’s top pattern trading expert has seen during his three-decade career.

With microcurrencies expected to become a $10 trillion market in just a few years, discover how this coin could potentially outgrow Bitcoin by 5,567% over the next six months.

Gasoline prices are expected to average $3.24 per gallon this year, according to the US Energy Information Administration. This is lower than current levels but higher than the EIA’s December prediction of $2.88 per gallon in 2022. According to the EIA, gas prices will fall below $3 per gallon in the fourth quarter of this year, while Brent crude will average $68 per barrel for the entire year of 2023. Russia is also the world’s foremost natural gas producer, and Europe is its largest client, which is already dealing with exorbitant home heating expenses.

“A disruption in exports on any of the major pipelines could place Europe’s natural gas balance in a precarious situation,” JPM cautioned, “particularly given that 2022 started with record-low European gas inventories.”