The major indices ended mostly positively last week as the so-called Santa Claus Rally lifted the Dow and the S&P 500 to new highs. The S&P 500 and the Dow both gained around 1% in the final week of 2021 after setting record highs on Wednesday. The NASDAQ was essentially flat for the week and was nearly 3% below its record from six weeks ago.

2021 was a big year for stocks. The S&P 500 logged 70 record closes – the second-highest number in a year for the index since 1995. The three major indices posted gains for December and returned double-digit percentage gains for the year. The S&P 500 finished with an increase of 26.9% for the year, or a total return of 28.7%, including dividends. That’s nearly as much as the benchmark index gained in 2019. The Nasdaq composite, powered by Big Tech stocks, climbed 21.4%. The Dow Jones Industrial Average gained 18.7% in 2021.

Some investors could be looking forward to the January Effect heading into the new year, where stock prices would increase due to year-end tax-loss harvesting. January has historically been a strong month for stocks. Moreover, January’s market performance has been a strong indicator of what could be in store for the rest of the year. 71% of the time, the S&P 500 has posted a positive return for the year after gaining ground in the first month or has gone on to post an annual loss when the market has declined in January.

The first week of the new year will bring a host of data releases, including Purchasing Managers’ Index (PMI) reading from the U.S. and abroad and updates on the U.S. The Department of Labor will release its JOLTS survey for November on Tuesday. Followed by ADP’s national labor report on Wednesday, we’ll get the Department of Labors nonfarm payrolls report on Friday.

Our team had a few recommendations of stocks to watch for the week ahead, including a stock that comes equipped with an 83% Buy rating from the pros that cover it plus a sizable dividend payout. We’ve also got details on a biotech play that could prove to be significantly rewarding in the months to come.

Many biotech companies are reasonably small startups. This means if a successful product is developed (then revenues, then earnings), share prices can skyrocket. This can happen regardless of headwinds and hurdles that can arise for the overall market.

However, many investors who come to the biotech space to cash in on strong returns get burned by seemingly promising startups that only end up wasting investor capital in dead-end technologies. One solution for investors who are looking to gain access to companies at the forefront of innovation through a diversified basket of biotech names is the First Trust NYSE Arca Biotechnology ETF (FBT).

FBT gives exposure to the best in biotech through its focused yet diversified list of 30 names, including giants such as Moderna (MRNA) but also $5 billion Alkermes PLC (ALKS).   Without a specific sector classification scheme, the fund’s broad exposure could include access to pharmaceuticals and medical technology in addition to traditional biotech.

FBT is one of a handful of biotech ETFs available, offering exposure to a corner of the market that can perform well during periods of consolidation and is capable of big jumps in the event of significant drug approvals.   Though its equal-weighted methodology ensures that assets are balanced across all components, FBT’s portfolio is somewhat limited. That feature can be particularly important in the biotech space, where specific companies are capable of turning in significant gains over short periods.

Headquartered in Arlington, VA, the AES Corporation (AES) is one of the world’s leading power companies, generating and distributing power in 15 countries. The company’s diverse portfolio of thermal and renewable generation facilities and distribution businesses spans the Americas, Europe, the Middle East, and Asia. The stock has a history of outperforming the market following rate hikes.

The Fed’s most recent rate hike cycle began in 2015, during a time when inflation had fallen below the central bank’s 2% target, interest rates were increased 0.25% to 0.5%. In the six months following the hike, the S&P 500 saw a series of ups and downs but finished the period with a modest 0.3% gain. AES, however, managed to stack on almost 19% during the six months following the most recent rate hike.

Before that, Federal Reserve Chairman Ben Bernanke and his colleagues initiated an unprecedented two-year campaign in June 2004 to keep a lid on inflation following the recession of the early 2000s with a 0.25% hike to 1.25%. Six months after the initial rate hike, the S&P 500 had gained 6.2% while AES stacked on an impressive 37%.

Will history repeat this time around? There’s no telling, but the pros on Wall Street seem to see that potential. The stock garners an 83% Buy rating among the analysts offering recommendations. A median 12-month consensus price target of $30.50 represents a 26% upside from the last price.

Most recently, Goldman Sachs analyst Insoo Kin initiated coverage of the stock with a Buy rating and a $30 price target citing the company’s potential to take advantage of the material clean energy investment pipeline. The analyst predicts an approximately 8% EPS CAGR through 2025 that she sees as underappreciated at current valuations.

If you need another reason to consider AES, a quick review of its dividend history should inspire. The company has steadily increased its dividend over the past ten years while maintaining a sustainable payout ratio of around 70% throughout. AES raised their dividend 5% earlier this month to $0.158 per share or 2.55%. 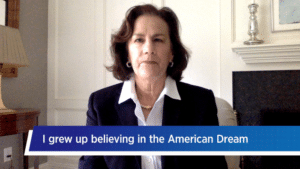 Last but not least on the list is CVS Health Corporation (CVS). The pharmacy innovation company recently outlined its long-term growth strategy at its 2021 Investor Day, aiming at capitalizing on the significant market opportunity to make healthcare more convenient, personalized, and affordable for consumers. The company will optimize the retail portfolio to serve as community health destinations by closing nearly 900 stores over the next three years to reduce store density and ensure it has the right kinds of stores in suitable locations for consumers and the business.

Moreover, CVS Health is driving a digital-first, technology-forward approach that will expand its reach and engagement with its more than 35 million online members. The company will also enhance omnichannel health services to meet the needs of consumers as and when required.

CVS Health also presented a long-term outlook and growth targets. As part of its long-term growth trajectory, the company targets a return to low double-digit adjusted EPS growth in 2024 and beyond.

Goldman Sachs analyst Nathan Rich recently initiated coverage of CVS with a Buy rating and $121 price target. The analyst started the U.S. Managed Care sector with a positive outlook and sees potential for 13% annual earnings growth for the large-cap names over the next two years. He sees “under-appreciated optionality” in CVS’s new provider-focused strategy, with leverage to the value-based care theme and “strong” underlying fundamentals.

And it's not CVS.

And it's not CVS.