Cleaning up our polluting emissions will, if we don’t change something, end up making the planet dirtier. At the heart of this sustainability paradox are rare earths, those peculiar metals that have become indispensable for manufacturing everything from smartphones to wind turbines. This critical resource was almost exclusively in the hands of China and the current scramble for dominance also threatens the geopolitical balance of power. It is one of the main fronts in the ongoing trade war with the other superpower, the US—against the backdrop of the coup in Myanmar, a country until recently almost as ignored as these chemical elements pushed to the bottom of the periodic table.

The renewable energy revolution has brought with it good news and bad news. On the one hand, in the space of just a decade we have increased wind energy production sevenfold and solar energy production by a factor of 44. On the other hand, this has complicated the transition to greener modes of communication and transport. The key to this complication lies in rare-earth metals such as neodymium and dysprosium. A wind turbine with an output power of one megawatt requires one tonne of permanent magnets made of these two supermagnetic elements to operate. And a “zero-emission” car needs about one kilogram of neodymium for its motor and also about ten kilograms of other rare-earth elements for its rechargeable batteries.

Along with other metals such as lithium or vanadium, rare earths have earned the nickname “green gold,” as they are indispensable in the production of energy-saving light bulbs, solar panels and fuel cells, and form part of hydrogen storage systems. These and other green technologies are so dependent on these precious metals that, even if world leaders were to agree to invest much more in them to achieve a significant reduction in CO2 emissions over the next decade, we would be hard pressed to meet the surge in demand for rare earths, to which very few countries have direct access. 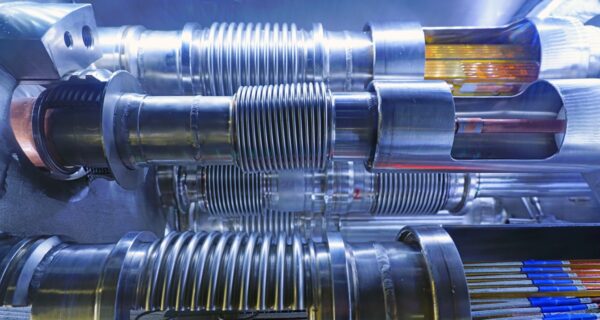 THE “GREEN GOLD” FOR CLEANER ENERGY AND CARS

The global powerhouse of this critical resource, China, has gone from producing just 44,600 gigawatts of wind power in 2010 to a tenfold increase by 2020, with huge investments in offshore wind farms dotting the Bohai Gulf off the northwest coast of the Asian giant. This boost to China’s wind energy sector offers hope for the planet but worries European carmakers, fearful about supplies of rare earths to build their hybrid and electric cars.

The only mine in Europe where these materials were obtained closed in 1933. It was in Ytterby, Sweden, where at the end of the 18th century the so-called rare earth elements were discovered: scandium, yttrium and the 15 lanthanides: lanthanum, cerium, praseodymium, neodymium, promethium, samarium, europium, gadolinium, terbium, dysprosium, holmium, erbium, thulium, ytterbium and lutetium. This list of strange names (four of them in homage to the Swedish mine) is alien even to many chemistry students, as these elements have remained tucked away at one end of the periodic table and in the final chapters of chemistry textbooks.

A UNIQUE RARITY IN CHEMISTRY

Forget Tesla. It’s the company that’s been supplying this key piece of tech to Elon Musk that will shock everyone. This is all part of a $30 trillion megatrend. And I’m not talking about blockchain, artificial intelligence, 5G, robotics, or the Internet of Things. This trend is BIGGER than all of those things COMBINED!

And if Elon Musk mentions this company in a tweet, there’s no telling how high shares could go.[Full Story…]

Rare earths were the ugly duckling of chemistry, with very few applications until the mid-20th century, when they began to stand out for their special magnetic properties: permanent magnets of unprecedented power have been made in recent decades using rare-earth alloys. Magnets with very specific behaviours have also been created by varying these metallic alloys to customise their magnetism. The potential variations of this à la carte magnetisation are inexhaustible, because there are 17 elements with very similar properties—that is indeed rare, an unparalleled similarity among the 118 elements catalogued so far—all of them soft, silvery metals that oxidise very easily.

The unique rarity of such a resemblance between different elements of the same chemical group means that, in nature, these elements are found geologically close together, making them easy to locate but difficult to separate, and even to distinguish. Rare-earth mining is a complex activity, with extraction that has a major impact on the environment (as it is carried out in open-pit mines) and processing that generates a large amount of toxic waste (since the different minerals have to be washed with acids to separate them). Such conditions, unacceptable to Western societies at the end of the 20th century, left the production of rare earths in the hands of China, where the world’s largest deposits are located—and where there is also environmental legislation and labour conditions that allowed this superpower to take the lead.

A TECHNOLOGICAL REVOLUTION, AN ENVIRONMENTAL NIGHTMARE

Why the billionaire’s shocking NEW revelation about his electric vehicle empire could create fortunes for smart, fast-acting investors… (This has nothing to do with buying shares of Tesla) [Full Story…]

The consequence has been an environmental nightmare in Inner Mongolia, the Chinese region where the world’s largest rare-earth mines are located. Their activity has even created an artificial lake, filled with toxic waste, and pollution has found its way into the food chain, causing public health problems. This has been one of the hidden costs of the revolutionary transformation of consumer electronics. A clear example of this is today’s small, lightweight headphones, which deliver a sound quality previously only available from large speakers, and which are made possible by tiny, powerful neodymium magnets. In general, the spectacular miniaturisation of electronic components in recent decades would not have been possible without rare earths. Without them, there would be no smartphones, but neither would there be rechargeable batteries (which power our digital lives thanks to lanthanum) or LED screens (which are coloured by europium) or high-pressure samarium lasers, essential for many industrial and military applications.

Modern medical X-ray and nuclear magnetic resonance devices use these metals too, and they are also critical in oil refineries and aeronautics. It is not only alternative energies and the latest gadgets that depend on rare earths. This is why China cut off supplies of these materials to Japan in 2010 as a pressure move in the midst of a fisheries dispute between the two countries. And this is also the reason the US is thinking hard about sanctions against Myanmar after the military coup in early 2021. The secretive Southeast Asian country has become the world’s third largest producer of rare-earth minerals in the last decade, behind only China (58% of the total) and very close to the US (16%). Just ten years ago, China accounted for more than 90% of world production, and the current distribution shows how these materials have become a strategic issue. While in the European Union new mines are being planned in Sweden almost a century later, the US has reopened its Mountain Pass mine (California), once the largest in the world, and also plans to open its first processing plants—the most toxic part of their extraction, which is currently only done in China.

Today, he’s doing it all over again. [Full Story…]

Fortunately, rare earths are not rare in the sense of scarcity. They are not raw materials at risk of extinction. They are far more abundant than real gold, and are found in greater proportions in the earth’s crust than such common metals as zinc, lead or tin. However, their mining and processing are so complex and polluting that they force us to look for other ways if we want to cut the CO2 emissions that have led to the climate emergency, without creating other serious environmental problems. Numerous countries are candidates to host rare-earth mines, but social rejection of this activity means that many prospecting projects never get the green light. Faced with this situation, governments and large companies are launching ambitious programmes to recycle rare earths, aware that the landfills where our gadgets end up have become important deposits of these precious metals. Thus, in 2020 Apple announced that it only uses 100% recycled rare earths for the manufacture of all the models in its iPhone 12 lineup.

Quite apart from trade wars, geopolitical balances and the green strategies of large multinationals, rare earths pose a dilemma that affects us all individually. The current pace of commercialization of electronic devices with an ephemeral lifespan is not compatible with the transition to greener energy and transport. We cannot have an increasingly hyper-connected, low-emission society without a cost: either we change our technology consumption and recycling habits, or that cost will once again be paid by the planet.

And it's not Neodymium.

And it's not Neodymium.

Why the billionaire’s shocking NEW revelation about his electric vehicle empire could create fortunes for smart, fast-acting investors… (This has nothing to do with buying shares of Tesla) [Full Story…]