More positive vaccine news is giving steam to Dow futures, which are currently pointing to a more than 400 point gain.  Nasdaq futures indicate a loss at the open in a similar, albeit smaller, rotation out of big tech stay at home stocks as we saw last week.

It’s been more than one week since NBC news called the race for Biden, and now Trump’s campaign is withdrawing a central part of its lawsuit in Pennsylvania.  All the while, President elect Biden is already aligning himself for his position as Commander in Chief.  Of course, this doesn’t mean that the election will go uncontested.  However, if you’re of the mindset that eventually Biden will take office, then you might be looking towards emerging markets for a potential investment because a Biden administration will most likely preside over a less confrontational trade agenda than the current administration. 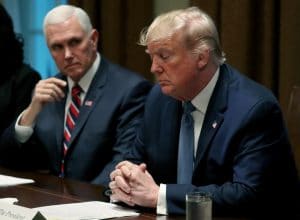 Slow growth in China and war in the Middle East certainly haven’t helped emerging markets stocks, which have been underperforming for more than a decade.  While these issues didn’t have much to do with the United States, U.S. trade policy under the Trump administration was a contributing factor too.  The Trump Administration truly disrupted the status quo on trade, which rattled EM investors and kept a lid on prices.  After the shift in power occurs in D.C., whenever that will be, the tides will likely turn for EM’s.  There is even a possibility for more friendly relations with China, eventually, under this new administration.

One of our favorite ways to invest in EMs is through SPDR Portfolio Emerging Markets ETF (SPEM).  SPEM tracks the performance of the S&P Emerging BMI (Broad Market Index), which is a subset of the S&P Global BMI.  The index is market-cap weighted and float adjusted, which means representation in the fund is determined by the company’s size, but only those shares available to the public are included in the index’s calculation.

SPEM’s top ten holdings account for 23% of the ETF’s portfolio.  The top three sectors by weight are financials, Consumer Discretionary and technology, with communication services at a close fourth.  Geographically, like most of the emerging markets ETFs, the to three country allocations are China, Taiwan and India.

As for the holdings themselves — the weighted average market cap is $66.4 billion with the largest checking in at $425 billion.  This isn’t a place for small fries.  But SPEM is pretty spry with a 12.5% estimate for average annual EPS growth for the next three to five years.  And a fee of just 0.11% to gain exposure to nearly 2,300 stocks in 30 different EMs is a bargain.