With the S&P 500 up more than 22% on a total returns basis year-to-date, all of the focus has been on this year’s biggest momentum names. But investors might want to take a closer look at big, lower-volatility stocks that have been delivering strong (if not earth-shattering) performance.

Case in point: The Coca-Cola Company (KO – Get Report) .

Coke has “only” shown investors total returns of 17.5% so far this year. But while shares haven’t climbed quite as far or as fast as the S&P, they’ve still managed to pull off an unmitigated rally since the end of February – one that’s still in full effect this September.

As investors grow increasingly wary of the market’s ability to continue to push up and to the right in 2019, that looks like a very attractive combination.

To figure out how to trade it, we’re turning to the chart for a technical look. 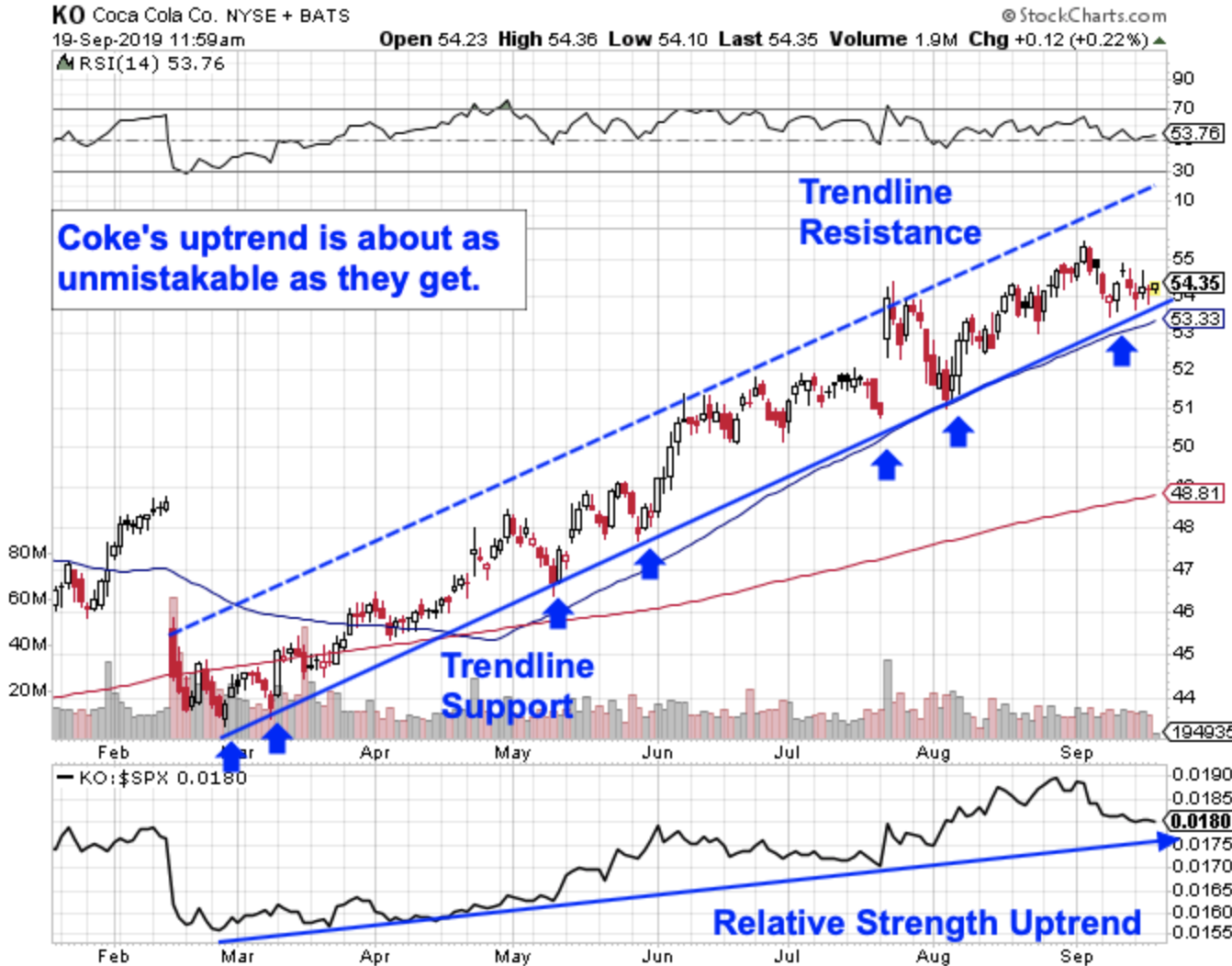 When I say Coke’s been enjoying an unmitigated rally for much of this year, it’s not hard to see what I’m talking about based on the chart. Coca-Cola’s price action has been extremely well-defined by a tight trend channel since late February, as shares have bounced on the last six tests of trendline support.

This week, as Coke tests that support line for a seventh time, there’s reason to expect it to resolve in the same way: Higher.

Relative strength turns out to be a crucial piece of the puzzle for Coke. Our relative strength line has been in an uptrend of its own since March, signaling that this stock’s underperformance this year isn’t simply a case of lower beta – it’s all due to the earnings-driven correction shares experienced back in the middle of February. While Coke has generally been lower-volatility than the broad market, it’s also been gaining ground on the S&P.

That makes it a logical name to own in your portfolio in the final stretch of the year.

As always, risk management remains key here. The 50-day moving average has been acting like a solid proxy for support since early on in Coca-Cola’s uptrend. That makes it a logical place to park a protective stop below in order to limit downside risk, if and when the uptrend in Coke fizzles out.