While it may lack the hype-factor of the latest tech IPO, shares of Procter & Gamble (PG – Get Report) have been handing investors a banner year in 2019, surging more than 22.3% on a total returns basis since the calendar flipped to January.

But for a stock that’s as close to a prototypical defensive blue chip as they get, Procter’s market-stomping surge so far this year is worth paying attention to.

Better yet, there could be even more where that came from.

From a technical perspective, P&G is a “buy the dips” stock this summer. To figure out how to trade it, we’re turning to the charts: 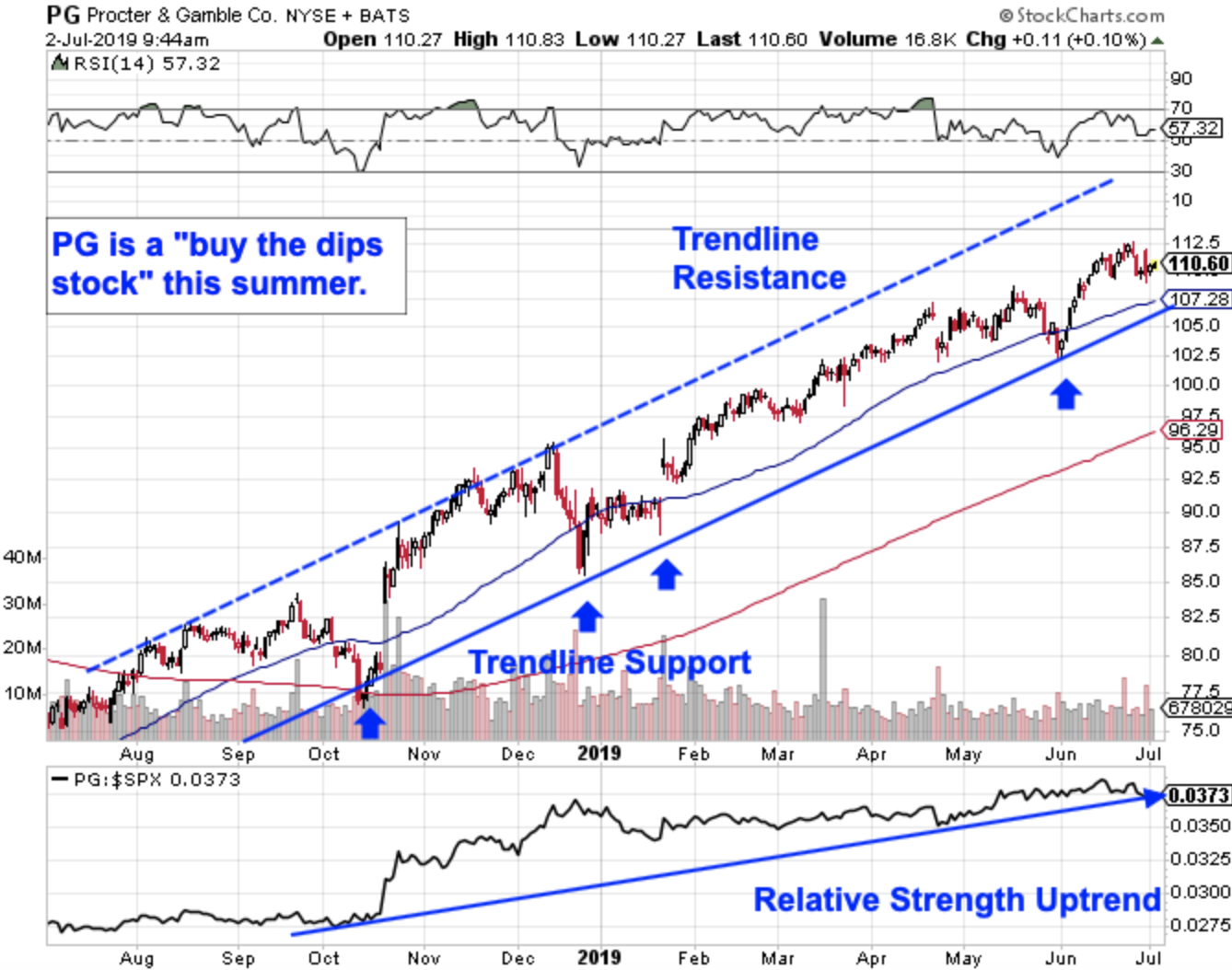 You don’t need to be an expert technical trader to figure out what’s going on in shares of Procter & Gamble right now. Instead, the price action is about as straightforward as it gets.

Shares of P&G have been bouncing their way higher in a well-defined uptrend since the middle of last year. Put simply, ever test of trendline support on the way up has provided a low-risk, high-reward opportunity to add onto a position in shares.

In the very near term, shares look likely to correct lower. That’s not a contradiction of the longer-term trend, though. Instead, it means that Procter’s consistent pattern of rally from support followed by healthy correction looks likely to persist.

Currently, trendline support is just above the $105 level – a test of that price tag followed by buying pressure is the signal that buyers are still definitively in control of shares, so it makes sense to join them.

On the flip-side, it’s key to keep risk management in mind, at this point; all trends do eventually come to an end, after all. If that $105 level gets materially violated this summer, the uptrend has been violated, and you don’t want to own it anymore.

At this point, though, the rally is alive and well in shares of P&G. That’s confirmed by relative strength, the side-indicator down at the bottom of the chart above. Procter’s relative strength line has been in its own uptrend since last fall, signaling that shares continue to systematically outperform the rest of the broad market.

Shares have some correcting to do before they get back into “dip” territory. That said, Procter & Gamble looks more offensive than defensive this summer – and more touchdowns look likely for investors in 2019.